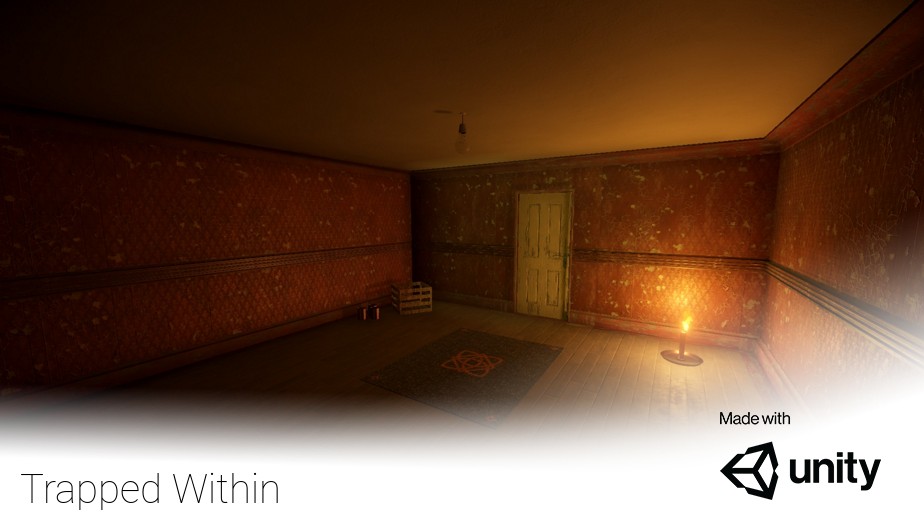 Trapped Within is a puzzle game where the puzzles are hidden in the game environment itself. The game begins with you waking up after being trapped in one room of many in this mysterious house. You are tasked with escaping the house by solving the puzzles along the way.

Trapped Within features physics and the ability to pickup and move items with physics. Trapped Within also features custom modelling and baked lighting for an immersive experience.
All models seen in Trapped Within were made by me using blender.

Trapped Within was produced for a coursework set for my Games Design and Development course from the University of Greenwich. Trapped Within was developed from an original idea that was discussed and elaborated upon in detail in a GDD.

Trapped Within was then produced using the game engine Unity in version 2017.1.1.

Trapped Within was produced for a university coursework and was required to showcase and implement specific features. I implemented all the requirements and the optional ones. These were: