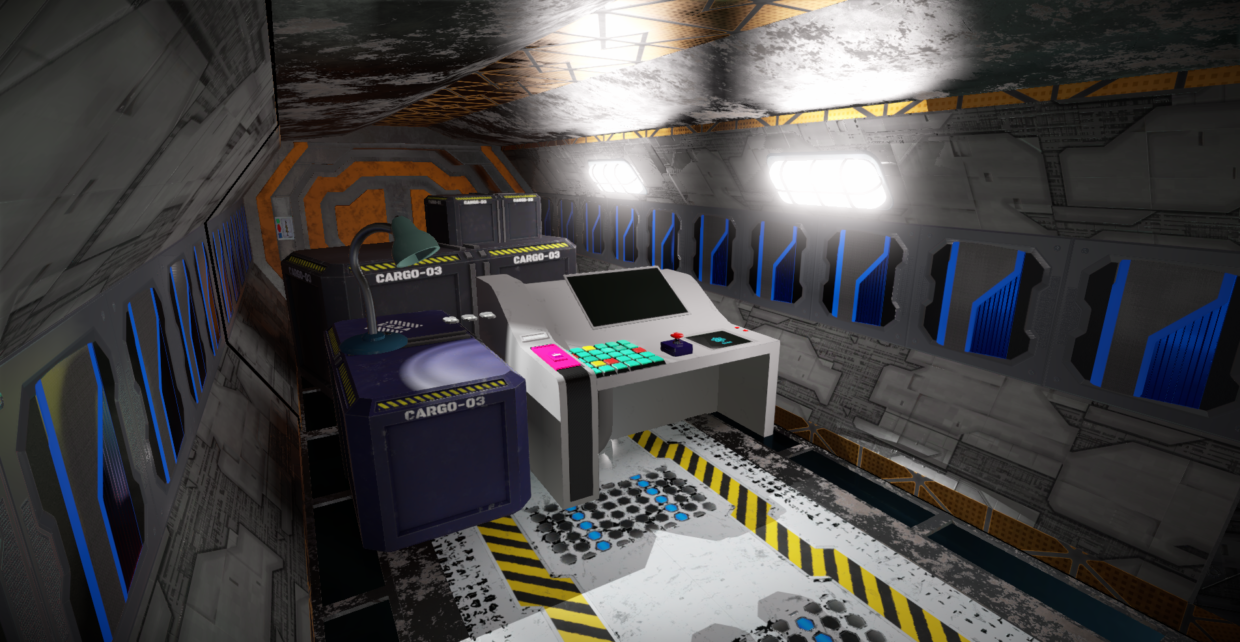 Space Excursion VR was a project completed in a group. This project was produced for a university coursework where a digital media product was needed for a company for advertising purposes.

Space Excursion VR was made to assist recruitment for a fake company called the National Space Agency. The VR media product is a simulation on a space station with tasks to complete.

This project was created using Unity and VRTK.

I created systems to assign tasks during game play and managing the tasks to make them work as intended as well as detecting when they were complete.

During the development process it became clear that VRTK is not a viable option for commercial products which lead me to learn to use SteamVR with Unity instead which is stable and offers all the same features.